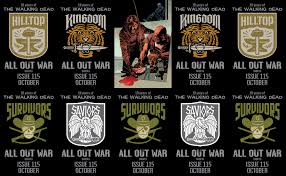 Walking Dead #115 is due out on October 9th. It will be released with TWELVE different standard covers plus a store exclusive variant! Pre-order a complete set of all covers with us for $50.00! Walking Dead fans who want the whole collection will want to act fast on this, as we all know anything WD sells out fast! 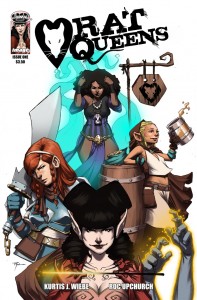 Check out Rat Queens #1 this week from Image Comics!  Who are the Rat Queens? A pack of booze-guzzling, death-dealing battle maidens-for-hire, and they’re in the business of killing all gods’ creatures for profit.

It’s also a darkly comedic fantasy series starring Hannah the Rockabilly Elven Mage, Violet the Hipster Dwarven Fighter, Dee the Atheist Human Cleric and Betty the Hippy Hobbit Thief. This modern spin on an old school genre is a violent monster-killing epic that is like Buffy meets Tank Girl in a Lord of the Rings world on crack!

Definitely a fun read, we’re excited to see where this one goes! 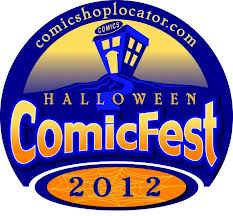 Enter the Costume Competition for a chance to win a $500 shopping spree at our store! Just come down to pick up your participation button, take a photo of yourself wearing your costume and the button, and upload it to the official website!

Going to New York Comic Con this October? Visit us at our booth (#2922)!  We’ll be having giveaways, raffles, and tons of merchandise for sale!

Thanks for visiting our site! We are currently working on a new design which will hopefully allow our customers to get the full Royal Collectibles experience without stepping foot inside our brick-and-mortar shop! Please bear with us while our site is under construction.