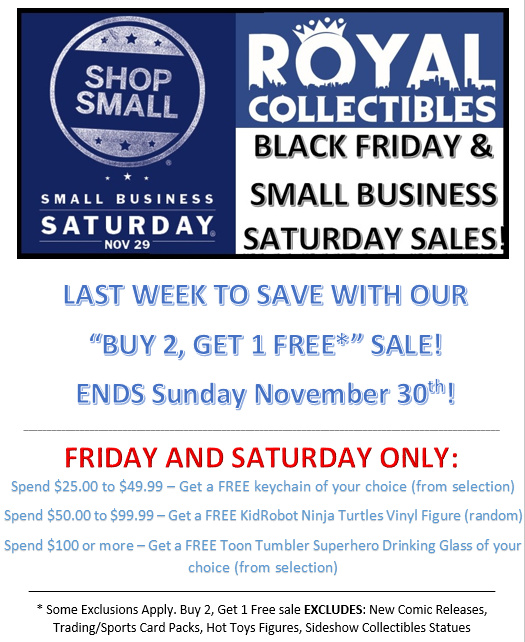 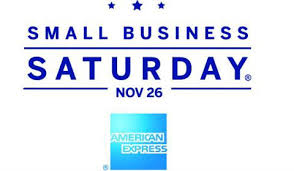 In addition to the sales listed above, American Express cardholder members will be pleased to hear that if you register your card online at https://offerenroll.americanexpress.com/enroll/EnrollmentSitePage?offer=SMALLBUSINESSSATURDAY2014

You can spend $10 or more at any registered Small Business Saturday store (like us!)  and receive a $10 credit on your next Amex statement!

You can do it up to 3 times and receive a total of $30 on your statement and it can be used all in one store (like us!) as long as you do 3 separate transactions of $10 or more. 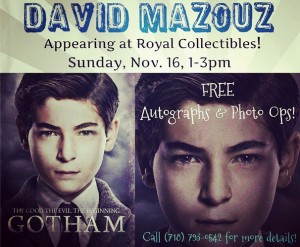 Today we had the pleasure of having actor David Mazouz from Fox’s Gotham TV series appear at our store! David, who plays young Bruce Wayne on the series, met with fans, signed photos, comics, and merchandise, and took photos with the public during his appearance at our comic shop in Forest Hills, Queens. 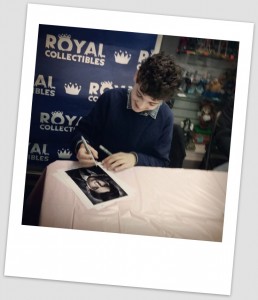 We want to thank David for giving us the opportunity to host his first solo signing and we also want to thank all the fans who came out on this chilly Sunday afternoon to take part in the event!

Check out some photos from the day below: 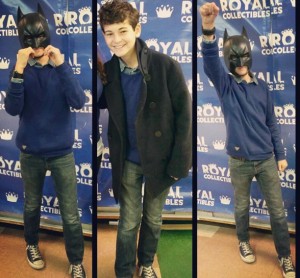 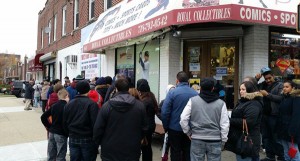 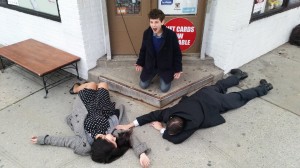 David was nice enough to goof around with staff members, Diane and Bob, reenacting the death of the Waynes!

All in all it was a great day at Royal Collectibles. David was an absolute pleasure, super friendly, always a smile on his face, and he was great with his fans.  We were thrilled with the turnout, it was really wonderful to see fans of the show come out to see him!

Thanks again to all who participated and don’t forget to follow us on social media for announcements on any future appearances we may have! 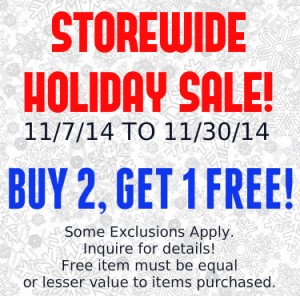 To kick-off the 2014 holiday shopping season, we will be running a huge sale today through November 30th, 2014! Most items in our store will be BUY 2, GET 1 FREE!

The free item must be equal or lesser value to the 2 items being purchased.

The following exclusions apply and are NOT part of the sale:

If you haven’t started your holiday shopping yet, now’s a great time to stop in and see us to save on some great gifts for you and your loved ones!